I am originally from Calgary, Alberta, Canada, a city in the foothills of the Rocky Mountains. I received a BA (honours) and an MA from the Linguistics Department at the University of Calgary. My research from my time in Calgary deals mainly with the phonology of Blackfoot, an endangered Algonquian language spoken in southern Alberta and north-western Montana. It combines description and field research with formal phonological theory, a theme which continues to be present in my research.

I completed my PhD in Linguistics at the University of Massachusetts, Amherst in 2012. My dissertation explores the prosodic system of Connemara (Conamara) Irish, an endangered language spoken primarily along the west coast of Ireland. It investigates the ways in which information about syntactic structure is preserved by the prosody, and is based on original fieldwork with native speakers of this language.

From January 2012 to August 2014, I was a SSHRC postdoctoral fellow hosted by the Linguistics Department and the McGill Prosody Lab at McGill University in Montréal, Canada. During my time at McGill, I pursued fieldwork and experimental work on prosodic phrasing in Connemara Irish, with a particular focus on locating the cues to prosodic boundaries, and on how the relative strength of these boundaries is used in Irish to preserve information about syntactic structure.

From September 2014 to August 2016, I was a Banting postdoctoral fellow hosted by the First Nations and Endangered Languages Program at the University of British Columbia. My Banting project investigated prosody and intonation in Kwak’wala, a critically endangered Wakashan language spoken in British Columbia, aiming to provide new insights into prosodic theory while contributing to the documentation of the language and aiding with revitalization efforts. I am excited to be able to continue this research project over the next two years thanks to an Insight Development Grant funded by SSHRC.

From September 2016 to July 2017, I was a Postdoctoral Teaching and Learning Fellow in the Department of Linguistics at UBC. I worked as part of UBC’s Flexible Learning Initiative to implement flipped classrooms and other innovative teaching methods in the undergraduate linguistics curriculum.

I am currently an Associate Professor in Linguistics in the Department of Languages, Literatures and Linguistics at York University, where I have worked since 2017. 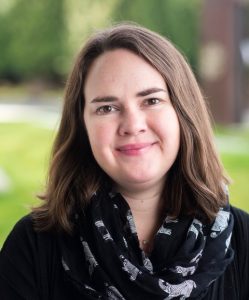